It’s all about attitude

What exactly drives organizations and economies?

Lately, this American economist and professor has focused on what exactly drives certain organizations and economies to be innovative while others lag behind.

Phelps: It’s awfully odd that we’re spending so much time on economic institutions, but haven’t spent enough time on attitudes – and whether attitudes have an effect on economic performance as measured by employment, productivity or growth.

Phelps: Surveys show that attitudes toward responsibility, teamwork and risk-taking do a significantly better job at explaining performance differences, than do institutional factors such as employment protection laws or the generosity of unemployment benefits.

Phelps: Self-image and attitudes are as much a part of the economy as institutions and policies are. Some obstruct, others enable. Take the kind of jobs that people look for. Surveys tell us that fewer people look for mental challenge, problem solving, initiative and responsibility in their work. Data also shows that these people have a lower acceptance of competition, of change, or of new ideas over old ones.

All these qualities are directly relevant to economic dynamism and innovation, not only in start-up companies but in existing firms as well.

Where is the fulcrum for change?

Phelps: Employment.
Employment to me, is the way to engaging progressive self-development, and to mastering a field or a task.

Based on an article in NEWSWEEK, April 2007 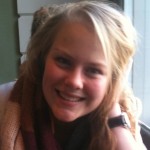